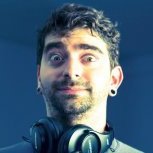 By Lazyshow,
December 18, 2017 in Official Tutorials