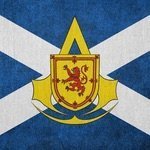 Never seen that before, but a quick google says it’s to do with the terminal process. So I wouldn’t worry about it.

Selective, clone C, E, F and G takes remaining space. This will put the remaining space of the 1TB drive on G. All your stuff from F will be kept this way but the partition will be the same size as it

Chimp 261812 should format the extra space to use 64KB clusters.  You can double check that the extended partitions >512GB in size are using them by running XBPartition v1.3 and scrolling down to h