Most Recent Package/Setup for N64 Games? 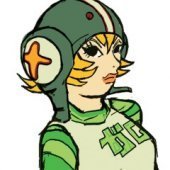 By JetSetRadioo,
November 4, 2019 in Emulators