Solution for Xbox with missing HDD 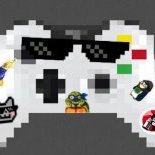