Hexen Will Not Load No Matter What 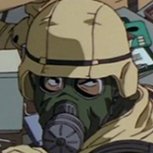