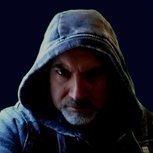 By Maladin,
September 25 in Hardware Mods