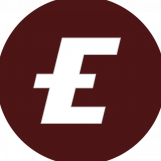 hey everyone thanks to a bunch of people in discord, i managed to wire a wii2hdmi adapter to the xbox for hdmi and audio, works great and there is a difference between it and composite, i dont ha

Thanks for the reply Morris.  Yes, my component to HDMI works great, and I use optical for the audio to my amplifier so all is well.